Kim Kardashian  West has slammed those doubting that her daughter North West, actually painted an art work that has her name on it.

She warned critics not to play with her when it comes to her kids after she shared a painting 7-year-old  daughter North West did at her painting class. Kim’s best friend, Tracy Romulus, also took to her own Instagram account to share photo of her own son Ryan’s version of the same painting.

However, people began to speculate that Kim’s 7 year old daughter didn’t actually do the painting herself.

Kim hit back by warning people not to mess with her children. She added that North worked so hard on the painting for several weeks.

“My daughter and her best friend have been taking a serious oil painting class where their talents and creativity are being encouraged and nurtured,” Kim captioned her Instagram Story on Tuesday, Feb. 9. “North worked incredibly hard on her painting which took several weeks to complete.”

“As a proud mom, I wanted to share her work with everyone, I’m seeing op-ed pieces in the media and social media from grown adults breaking down whether or not my child actually painted this!”

“How dare you see children doing awesome things and then try to accuse them of NOT being awesome!?!?! Please stop embarrassing yourselves with the negativity and allow every child to be great!!!” 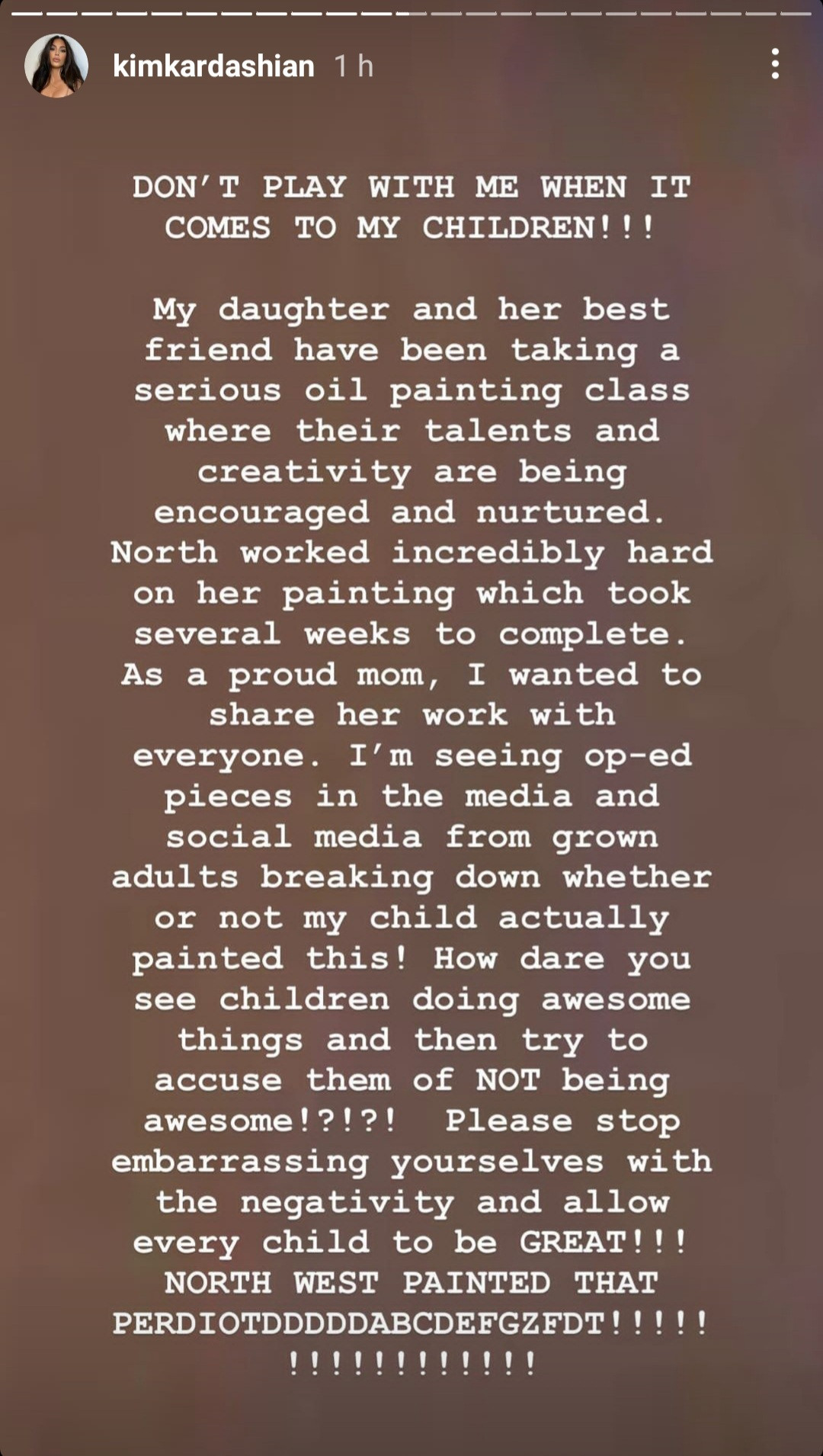 She went on to take screenshots of people’s reactions to the painting while responding to their reactions.

To those who said Tracy Romulus’ son Ryan has the same painting, Kim told them that’s because both kids take the same art class.

She blasted other critics and showed love to those who believed the painting her daughter’s.

She went on to share paintings done by Kanye West at the same age to show that the talent runs in the blood. 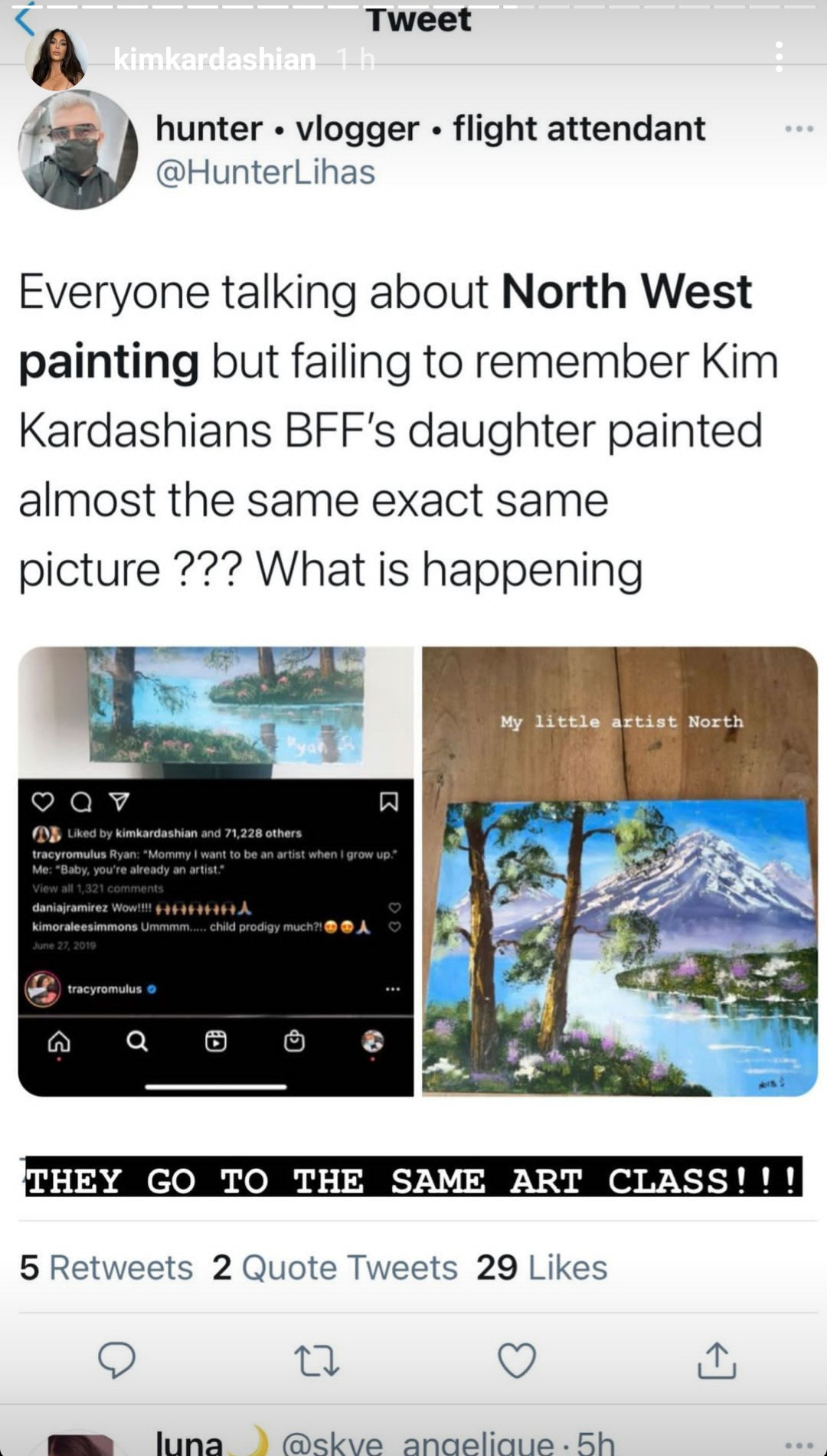 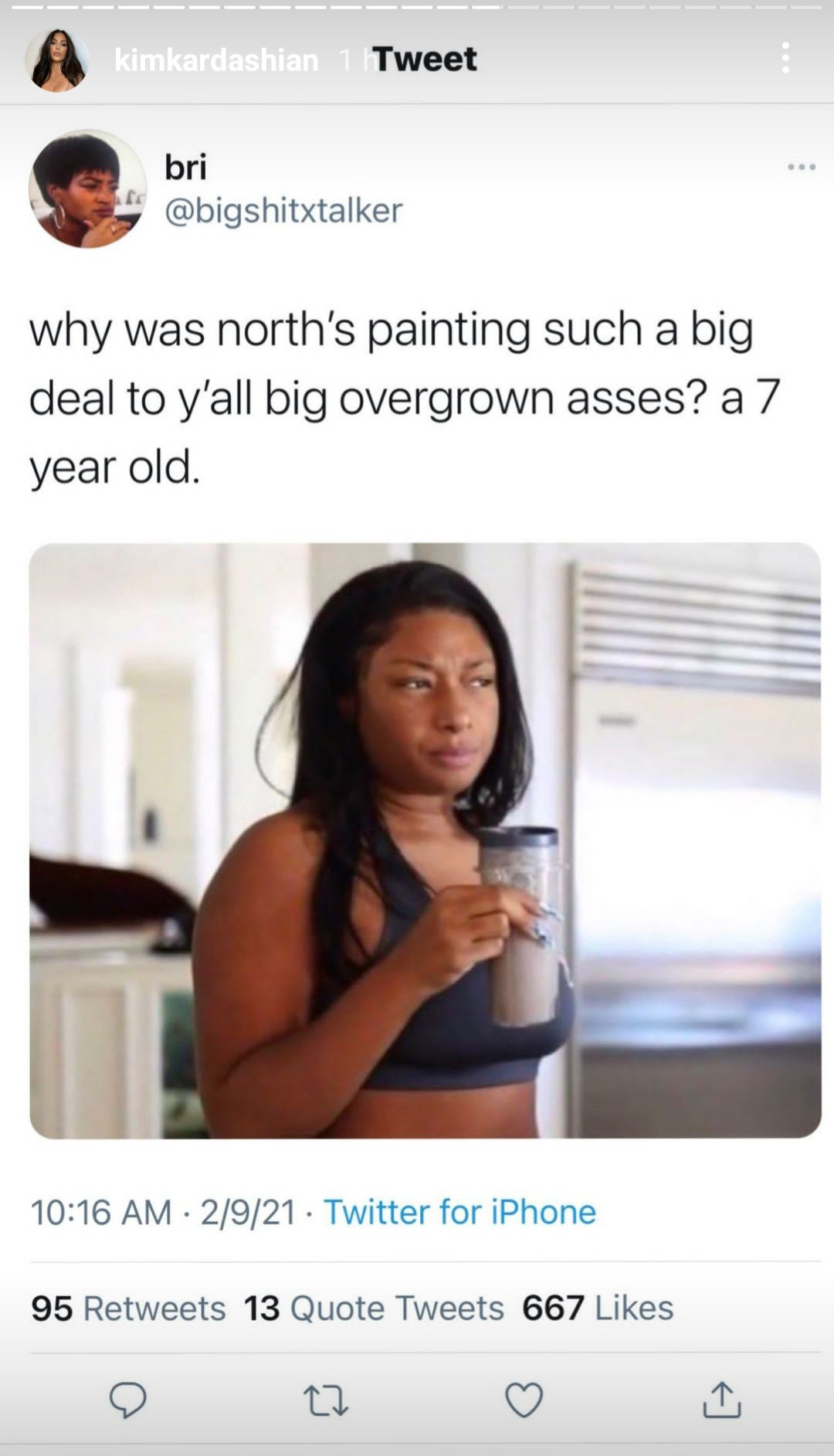 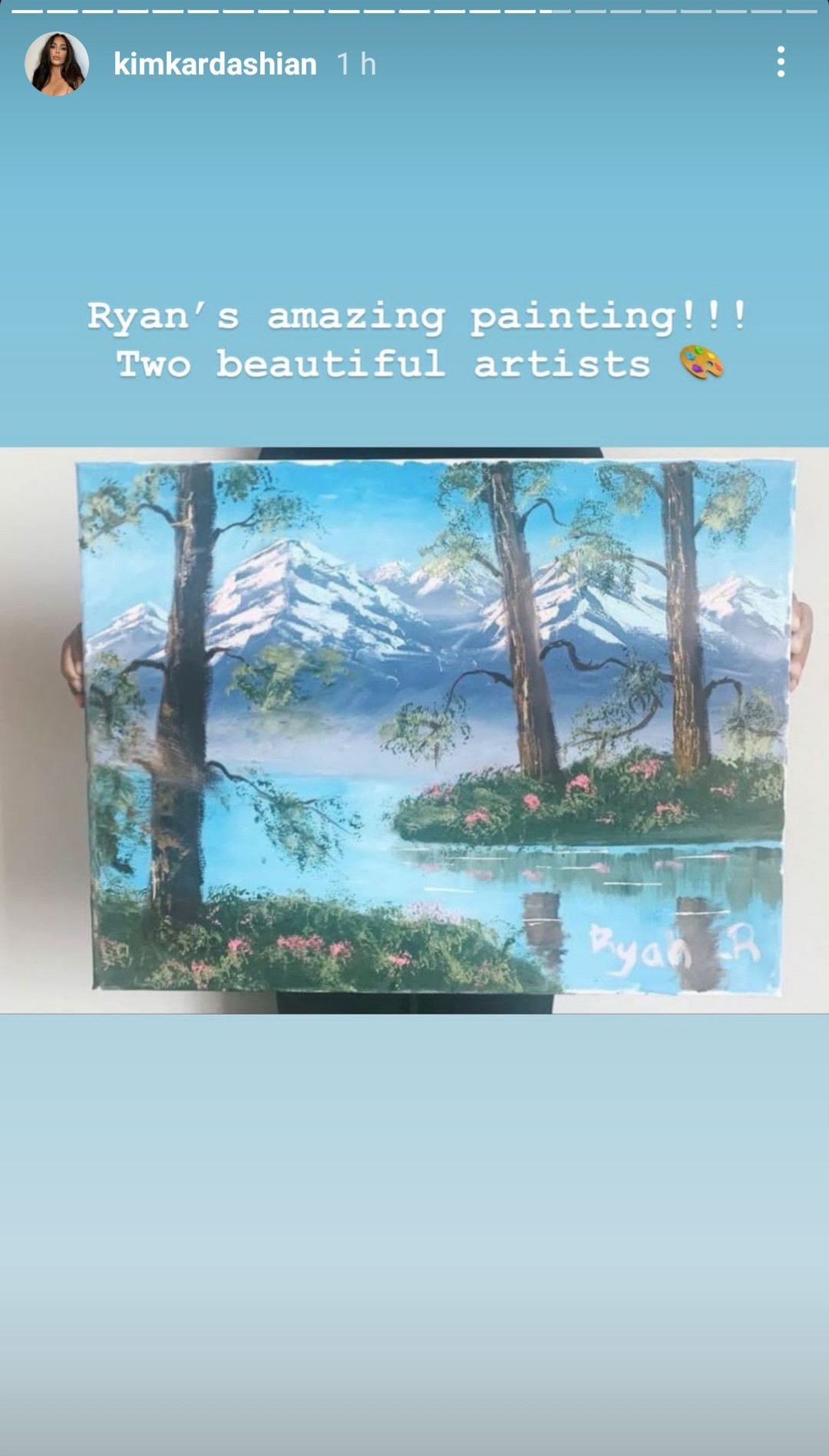