Actor, Chuks Omalicha, announced this on his Instagram Stories and shared a photo of the car – a Toyota Venza.

Nosa and Deborah, who married in 2015, will celebrate their 6th wedding anniversary in a few months. They have two children together  – a daughter named Audrey and a son named Andre. 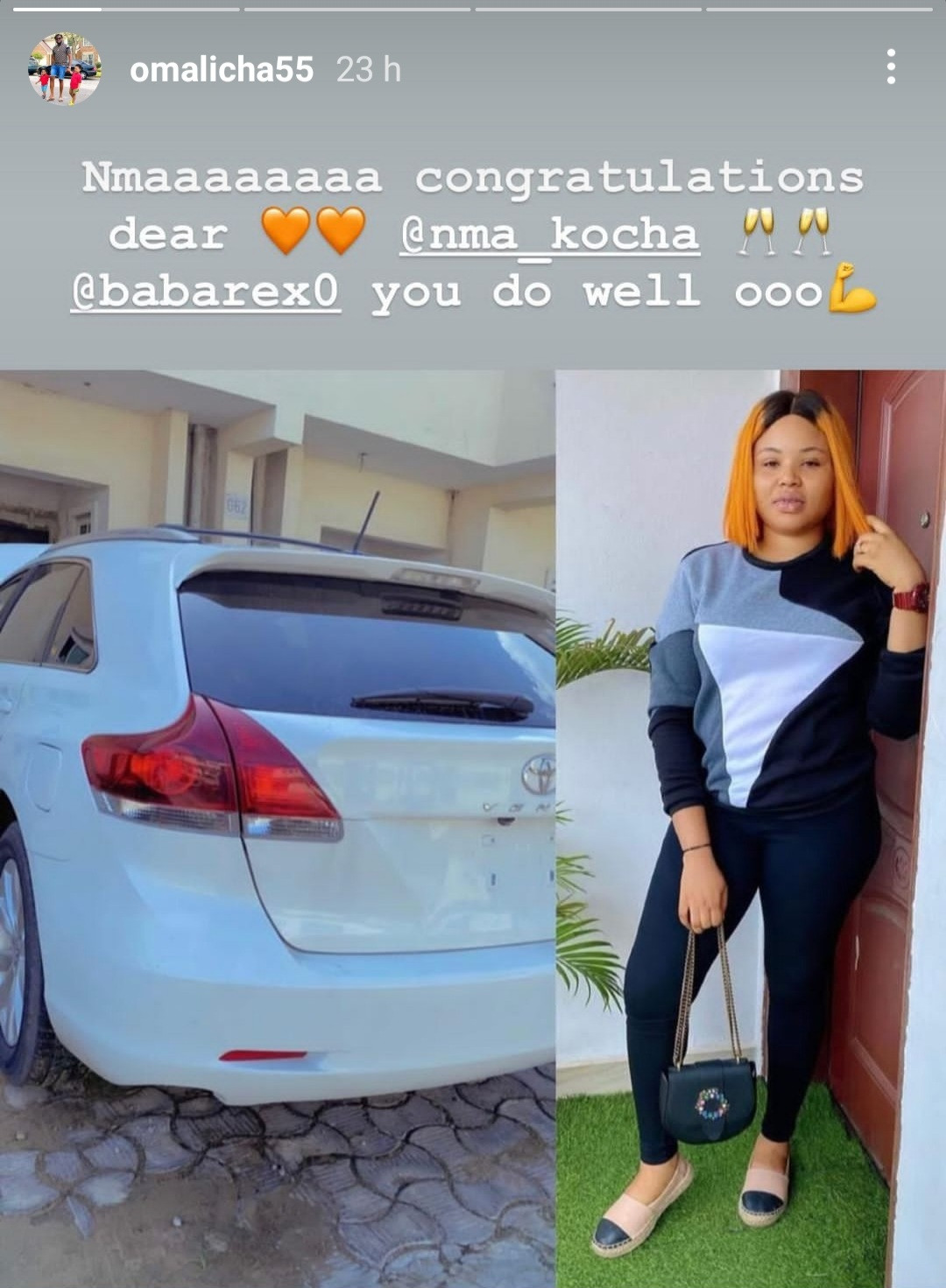