Nollywood Actress Regina Daniels is ecstatic as when she just bore her son Prince Munir Nwoko.

After the unveiling of her son’s identity, the mother of one has been spotted sharing photos with her son while declaring her total love for him.

In fact, the film star tattooed the name of her son on her wrist as a sign of her commitment to him. In a recent post on her official Instagram page, Regina shared an adorable photo with her son. 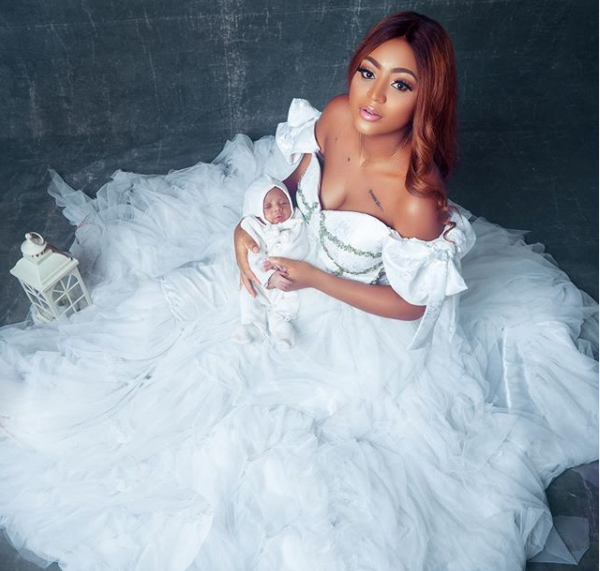 In the photo, the mum of one was seen in a beautiful white dress, her makeup was modestly done and her brown weave dropped behind her as she lovingly rocked her baby boy who slept peacefully in her arms. According to her, her son is her life and her world.