A woman took to Twitter to show the horrific injuries inflicted on her brother while he was working at a wedding in Lagos state.

She said her brother, a caterer in charge of small chops at a wedding, was allegedly attacked by younger brothers of the groom because he told them to go and sit down before he’ll serve them small chops.

The attack left her brother with deep cuts on his scalp and the wounds had to be stitched.

She said the case was reported to the police but “what the police could say is its the case of the rich that we should drop it”.

She added: “Please, we need justice!”

Below are the tweets she shared and graphic photos of the injuries her brother sustained. 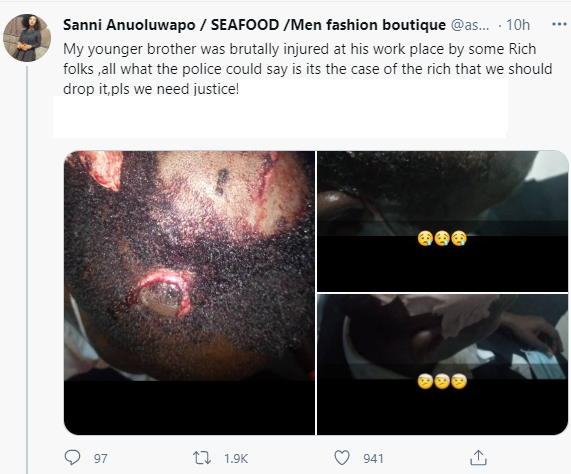 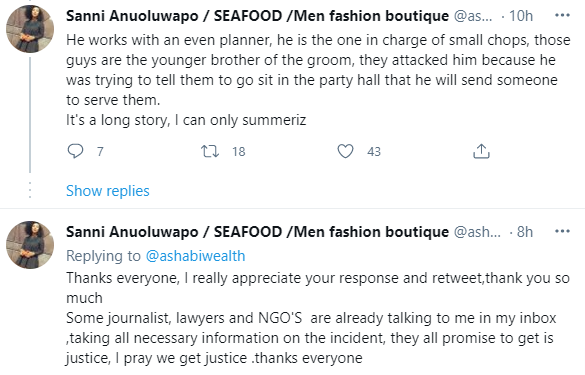 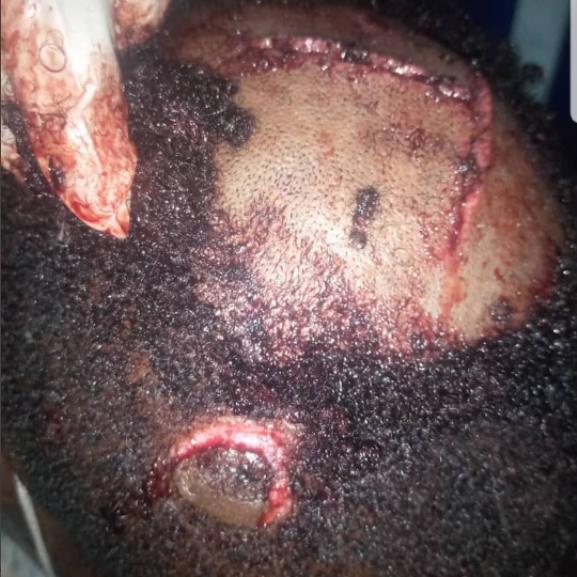 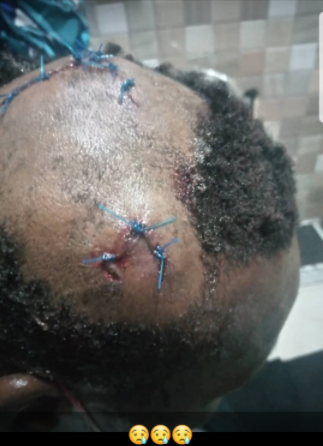 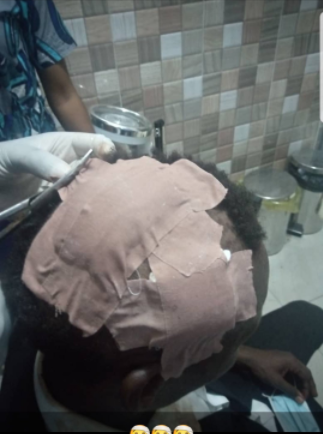