Buba Galadima, a former ally of President Muhammadu Buhari has stated that the #EndSARS protest which attracted global attention is just a tip of what is to come.

Speaking in an interview with Punch, Galadima said the government of President Muhammadu Buhari is setting the stage for a revolution “by excluding, disenfranchising people not on the basis of competence but on the basis of ‘they don’t belong”.

The former National Secretary of President Buhari’s former party, Congress for Progressive Change party, averred that Nigeria needs a leader who has a large heart and would carry everyone along.

“When #EndSARS started, they didn’t know that the sons and daughters of average Nigerians, who could not get food to eat, (could) make them lose sleep. And they’ve just seen a tip of the iceberg,” Galadima said.

“That is why we need a leader that is a large-hearted Nigerian who will carry us all along, not because he is an Idoma man or a Barde man. Do they know? One of my friend’s sons wanted to join the police force. He was asked by these faceless people to pay an amount of money for him to be recruited.

“My friend told his son, ‘even if I had the money, I won’t pay, besides, I don’t even have the money. If you are recruited because I paid the money, you are also going in there to help yourself to make the money back.”

The politician also averred that he has worked for Buhari more than any other person, yet his children are not employed in the public service.

“Now, I have about seven children with master’s degrees. I have medical doctors, but none of them could be employed (into the public service) because I don’t have the money to give.

“Even my friends in the government are running away from me because they wouldn’t want to be seen with me, let alone for me to ask for a favour.

“A favour from a government formed by Buhari, whom I worked more than any human being, including Buhari himself, to bring into office, that I can’t even bring a son or a daughter to be employed?” 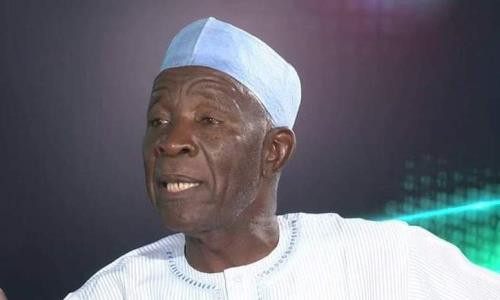