The US president in a statement released today November 7th, said he will contest President-Elect Joe Biden’s win. Accusing the media of helping his democratic opponent to pose as the winner of the election, Trump said “Joe Biden has not been certified as the winner in any states, let alone any of the highly contested states headed for mandatory recounts.”

The statement also falsely claimed that election observers were not allowed to observe the vote count in several states. Trump who also accused Biden of rushing to declare himself winner of the election because he doesn’t want the “truth” exposed, stated that his campaign will start prosecuting their case in court from Monday November 9th to ensure that election laws are upheld and the rightful winner is seated. 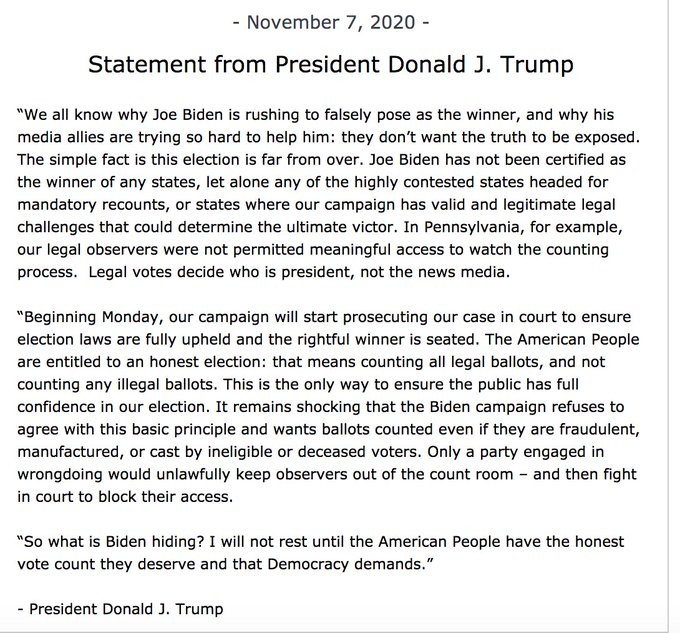 For days, Trump claimed the election was being stolen despite no evidence of any widespread miscounting or fraud. For months, Trump sowed doubt in the mail-in vote process, pushing his supporters to voting in person rather than through the mail. 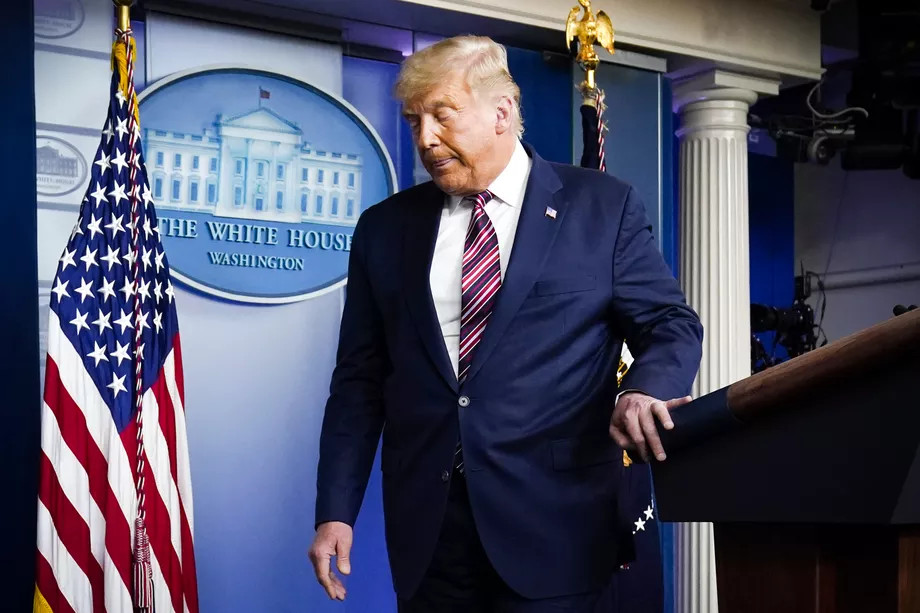