A 29 year old man named Segun Titilayo, of Otolu town has been arrested for allegedly killing and burying the corpse of his girlfriend, one Oritoke Manni, 26, a Bar attendant at K.C Hotel,  Apakin Town, Lekki, who had already been declared missing by the police.

The decomposing body of a bar attendant, Oritoke Manni, was found at a site in Otolu town, Akodo, in the Lekki Local Council Development Area of Lagos State.

The lady Manni went missing after visiting her boyfriend, Segun Titilayo, at his house in the area.

When efforts by Manni’s family members to locate her proved infertile, they reported a case of missing person to the police.

The state Police Public Relations Officer, Muyiwa Adejobi, in a statement on Thursday, said the victim’s corpse was found after an engineer reported to the police that his company, while excavating its site at Otolu town, exhumed the body.

He noted that Manni was identified by workers of the hotel. Confirming the incident, the spokesperson of the state police command, Muyiwa Adejobi, said on October 13 at about 11am, it was reported that the suspect, Segun Titilayo called the deceased asking her to come visit him in is house. That was the last time anyone saw Oritoke alive.

”The police recorded a case of missing person for the deceased. The police Wireless mesage on the case was widely circulated to all police formations across the state for search and necessary police action as a practice.

However, on 7th November, 2020, one Engineer Adegbago  David,m, of Adron Homes and Properties, reported to the Police Station at Akodo Area, Lagos State, that while the company was excavating its site at Otolu Town, their Caterpillar exhumed a decomposing corpse. The police detectives swung into action and the corpse was identified by the staff of the hotel to be Oritoke’s.The corpse was evacuated to a public morgue for autopsy.

The police placed a manhunt on the suspect and was arrested. He is being detained at the SCID Panti and giving useful information to help the police in its investigation.”Adejobi said

The Commissioner cautioned the youths, especially ladies, against keeping unscrupulous and destructive friends. He encouraged Lagosians to promote moral values and shun crimes and criminality. 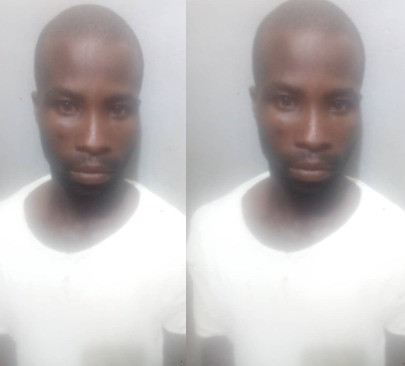