Nigerian youths have raised alarm after the youth representatives on the Lagos judicial panel of enquiry on police brutality were asked to sign an oath of secrecy.

In response to the demands of End SARS protests, the Lagos state government set up the Lagos judicial panel of enquiry on police brutality and extra-judicial killings and invited two Nigerian youths to be on the panel.

The people chosen to represent the youths are Rinu Oduala and Majekodunmi Temitope.

However, earlier today, as the session was about to start, a copy of a document panelists were asked to sign hit the internet. The panelists were given an oath of secrecy to sign, swearing they will not “directly or indirectly communicate or reveal any matter to any person” without being “officially permitted by the Governor”.

Nigerians did not agree with this and stated that secrecy will not allow for transparency.

Nigerians took to Twitter to air their opinion, asking for an open panel. 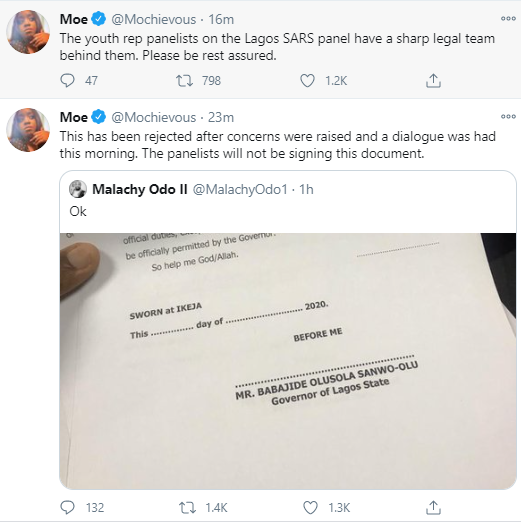 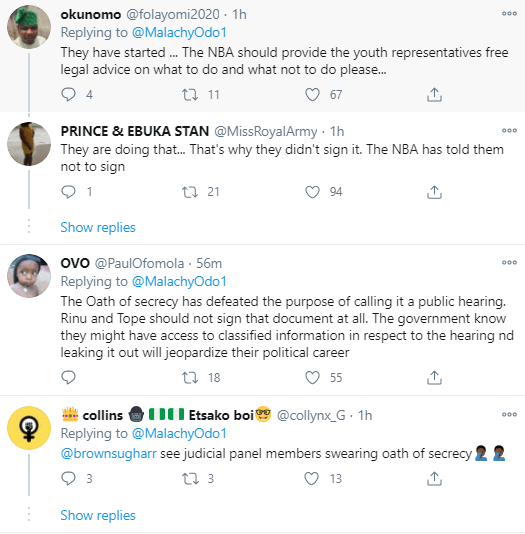 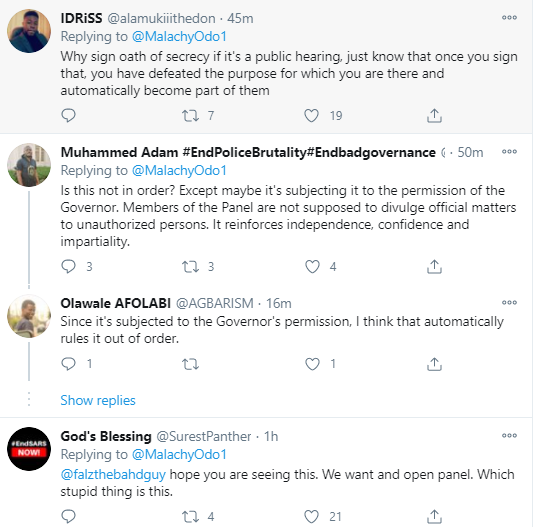 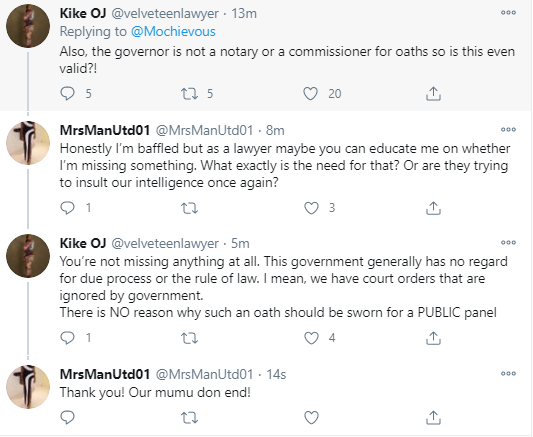 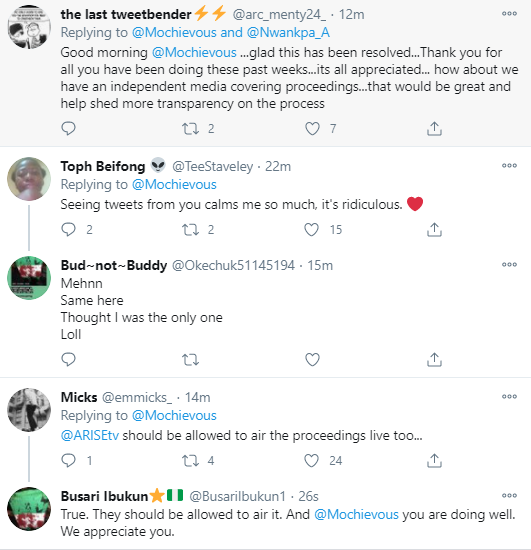 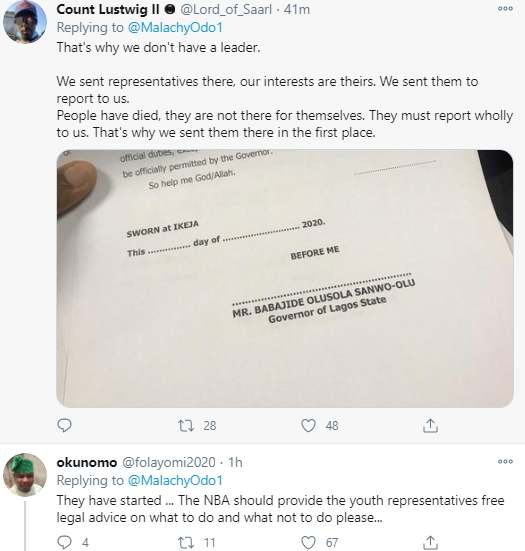