Nigerian youths have taken to social media, threatening to carry out another protest at the Lekki tollgate over plans by the Lagos state government to reopen for operations.

Recall that on Saturday, February 6th, the Justice Doris Okwuobi-led Judicial panel in Lagos state granted permission to the Lekki Concession Company to take over the Lekki tollgates that have been shut down since the October 20th gunshot incident.

The decision came as a shock to many Nigerians the case regarding the shooting  incident at the toll gate is still ongoing.

The PUNCH gathered that they have begun to mobilise on social media with #RevolutionNow and #OccupyLekkiTollGate, with the matter trending as number one and three on Twitter.

As of 11 am, some of the youths shared Display Pictures and banners to create awareness about the protest.

Information on the posters showed that the protest is planned to start at 7 am on Saturday, February 13th, 2020 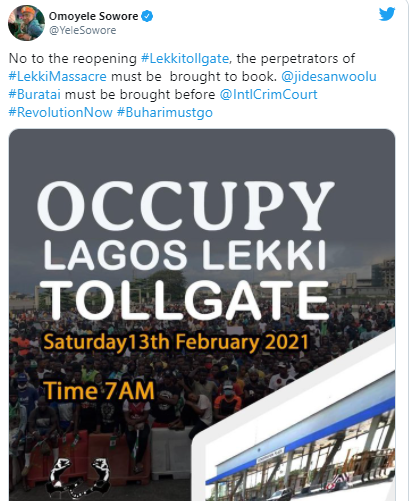 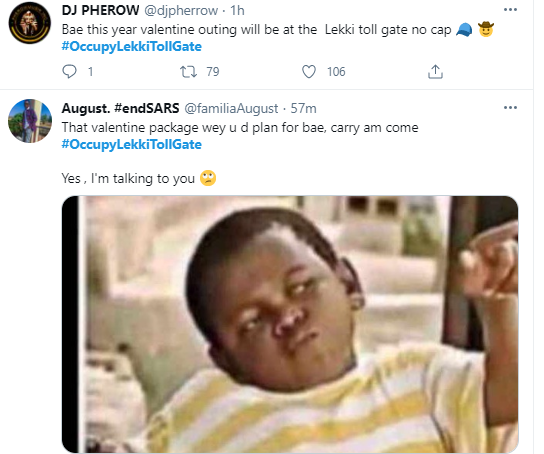 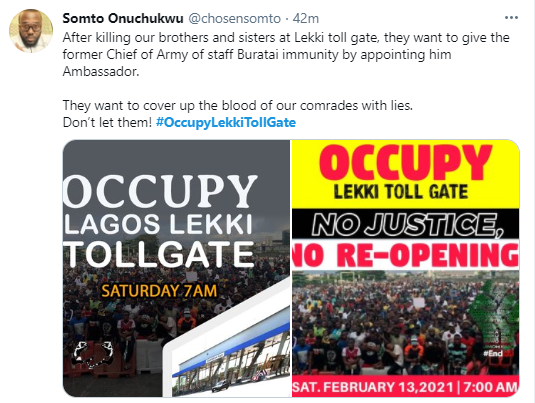 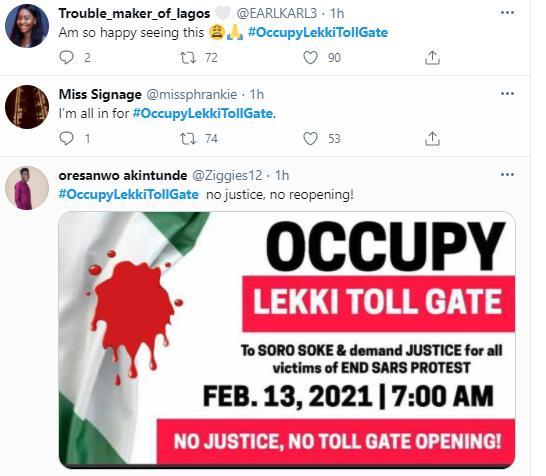 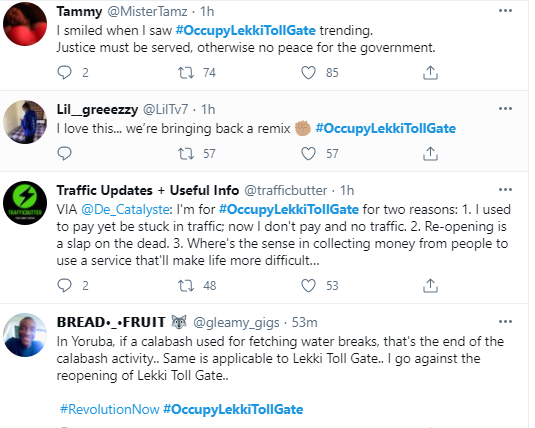