A man has graduated from University as an amputee after he was allegedly hit by a stay bullet while taking part in the End SARS protest.

The man was reportedly protesting with others at Auchi when a bullet hit him in the leg.

As a result, one of his legs had to be amputated.

A photo of him, taken immediately after his final exams, shows him on crutches as his friends sign on his shirt with a marker.

The caption on the photo reads: “Few months back before ENDSARS he was with his 2 legs and now he’s graduating with 1 leg after a stray bullet from Army hit his leg in Auchi during the Protest. My heart bleed after seeing this. Don’t give up bro, you destiny will never be wasted.” 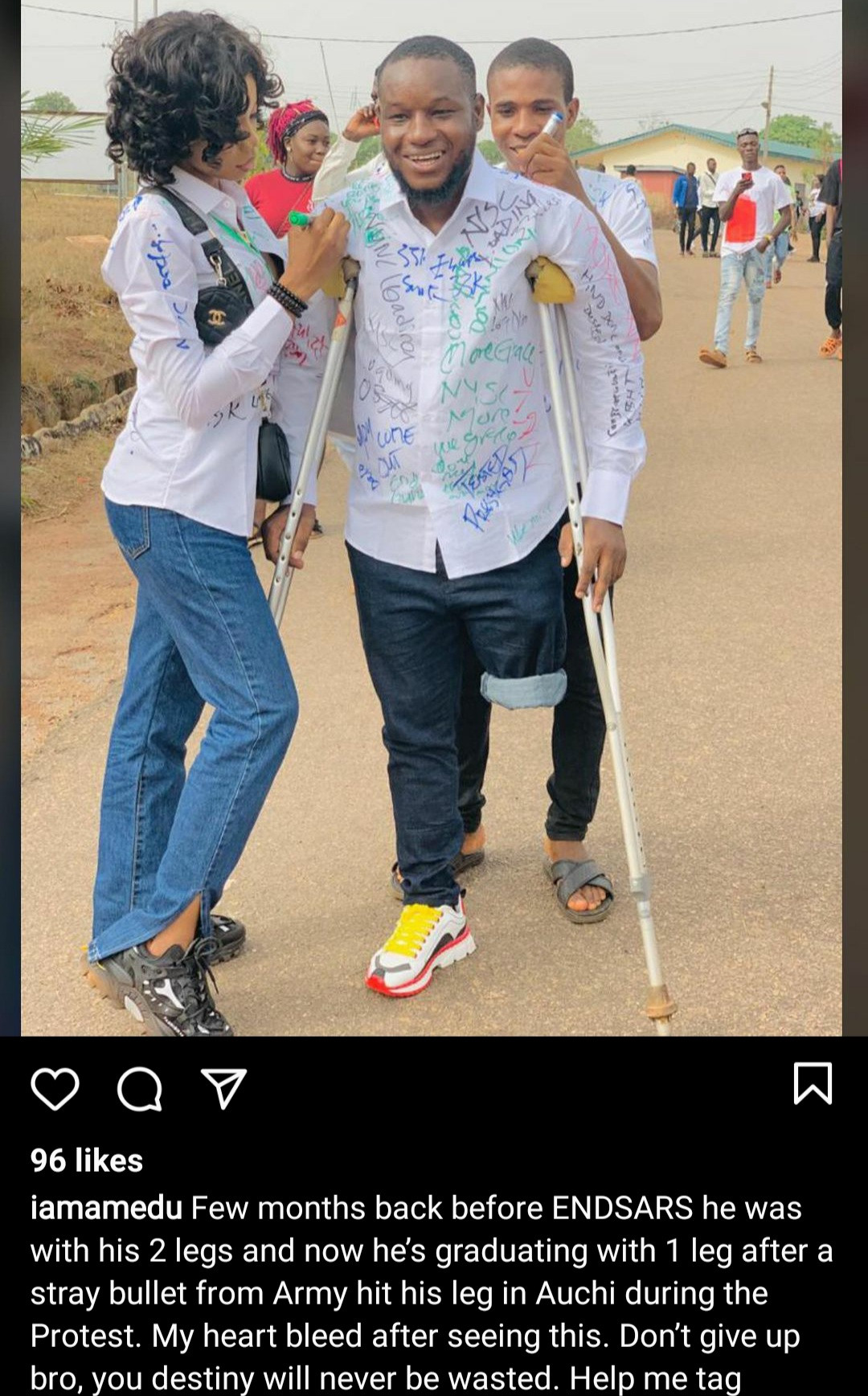