A woman identified as Fatima from Katsina State was burnt to death by her husband’s first wife in Minna, Niger State.

The incident happened on Tuesday, March 23, about seven weeks after the deceased got married to the Niger state indigene.

A family source, who spoke to Katsina Post, said the two wives were not living in the same house.

According to him, the first wife went to Fatima’s house and beat her to pulp. Afterwards, she locked her up inside the room and set it on fire, burning the new bride to death.

“They were not living in the same house but the first wife went to her house which is not far and beaten her to death before locking her room up and setting her ablaze”, the family source said.

The deceased will be buried according to Islamic rites today, Wednesday, March 24, at Sabuwar Unguwa residential area in Katsina metropolis. 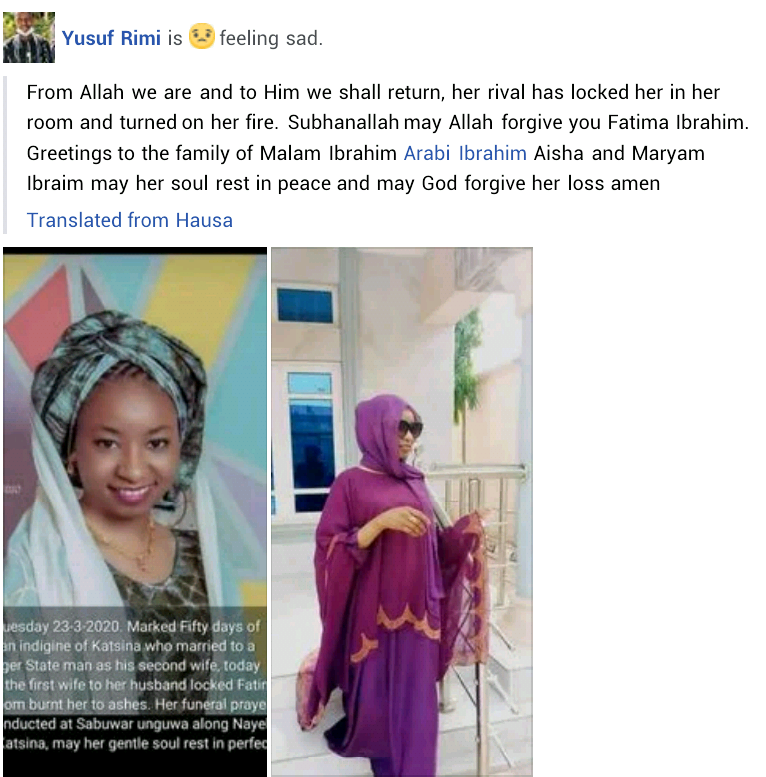 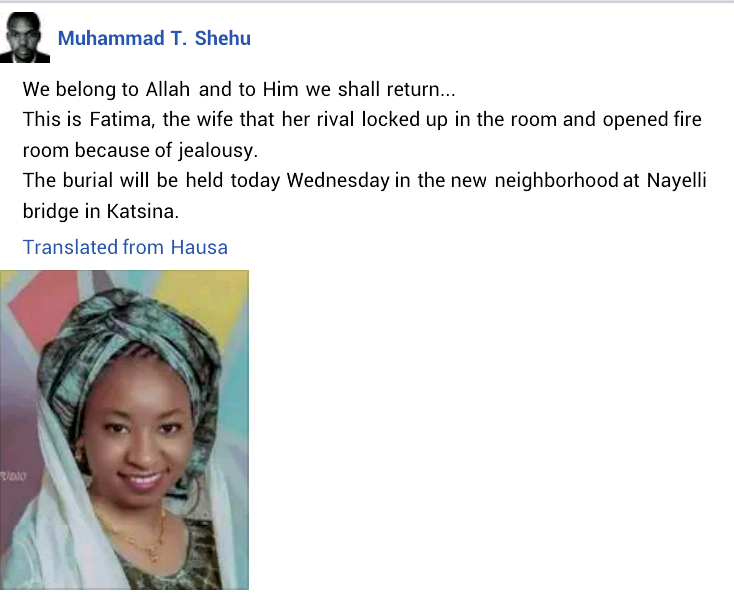 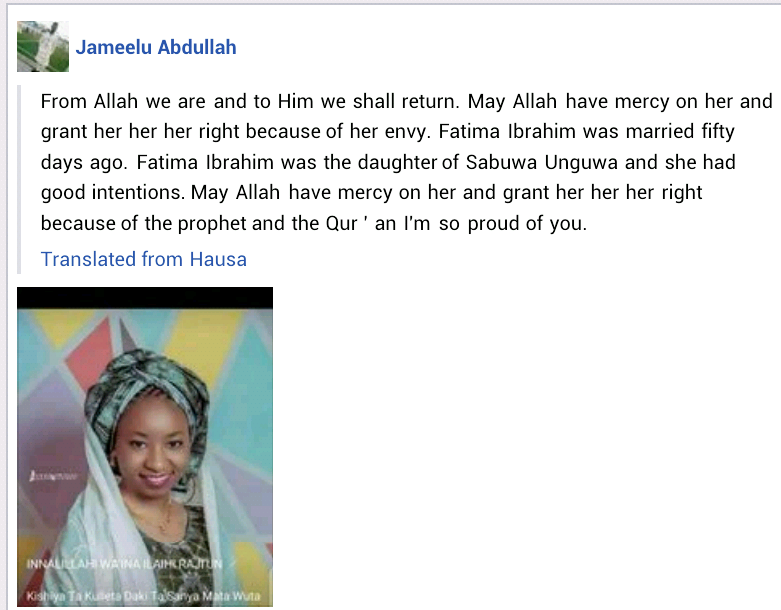