The Minster of Work and Housing, Babatunde Fashola, says that road construction in the country is carried out based on universal global standard.

Speaking on the achievements of President Muhammadu Buhari administration in the transport sector in Abuja today, November 24, Fashola said that Nigeria’s road is constructed to a universal global standard.

He said; “I think we don’t have our standards, roads are constructed to a universal global standard and those standards are not made by Nigeria, they are uniform standards.

“You can have a minimum and a maximum, in many cases we have reached some maximum because of the quality of finishing they have applied,’’ he said. The minister said that the ministry uses polymer modified bitumen on the Lagos-Ibadan and Enugu-Port Harcourt roads, instead of the 60/70 bitumen because it is stronger and ensures high standard.

Fashola also said that if the past government had shown a good commitment to the developing infrastructure in the country like the President Buhari administration, most of the roads would have been completed.

“I think that a minimum of half a trillion every year over the next two, three years will be a strong support to really advance and complete as many as the 711 contracts.

“Again, people are mistaken what I said about 711 contracts to mean roads. No. For example, from Lagos to Ibadan expressway we have one road but two contracts, one with JD, one with RCC.” 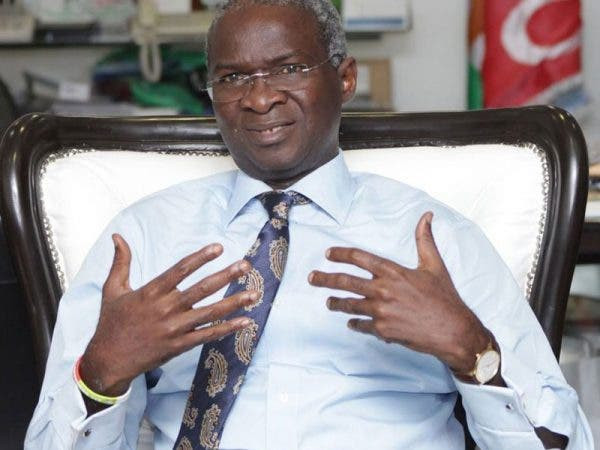