It was gathered that the armed men stormed the market on motorcycles and opened fired on traders. The market holds every Thursday with livestock and grains as main commodities.

A resident of the community, identified as Alhaji Umaru Yar’ Tasha, told Daily Trust that the bandits stormed the market around 2 pm and began to fire shots at the traders mostly dealing in livestock and grains.

“The whole market and the adjacent community were thrown into pandemonium. Traders were running to different directions for safety. Many of the scampering traders were badly injured. I was at the frontage of my house when I began to hear gunshots, and within seconds, everyone was running for his or her dear life,” he narrated.

“I dashed into my house and locked the door. As I’m talking to you, I’m right inside my house and I can see a plume of smoke billowing from the burnt market stalls from here. Most of the traders, who had earlier abandoned their goods, might not return and some that are brave enough came back to count their losses. The assailants might have withdrawn. Just now, someone called and told me that only one corpse was seen. But the armed criminals have made away with several abandoned goods, especially livestock and clothing material. It is really a very terrible moment for us here,” the resident said.

However, he said the swift intervention of the policemen attached to a nearby community saved the situation as the armed men withdrew after the policemen arrived on an armoured personnel carrier.

According to some residents, the armed men attacked the market after claiming some of their cattle were stolen.

“They came to the livestock section of the market and pointed at some tethered cows and insisted that the cattle be released to them because they were stolen from them. The cattle dealers at the market began to look for ways to negotiate the release of the cows knowing fully the consequences for not doing so. However, some of the armed bandits put a phone call to their brothers in the forest and within minutes they arrived and began to fire shots at people,” a cattle dealer Aliyu Dansani said. 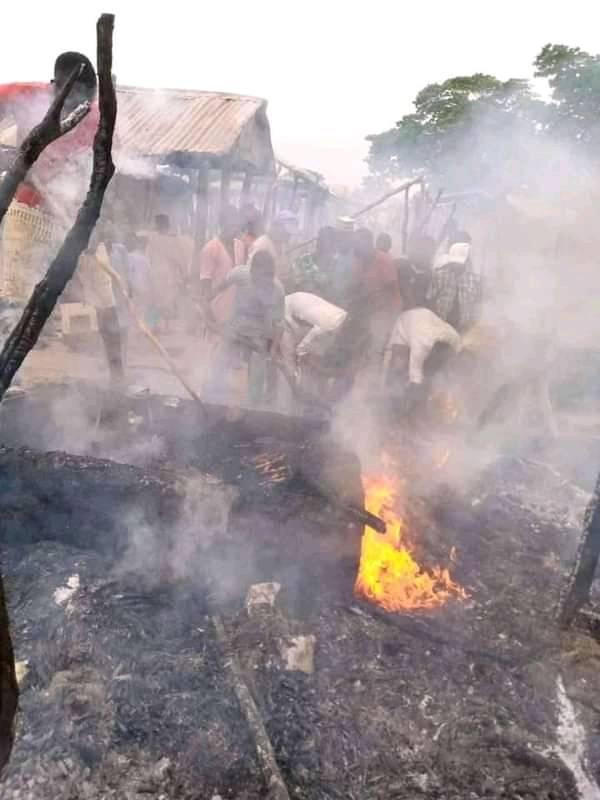 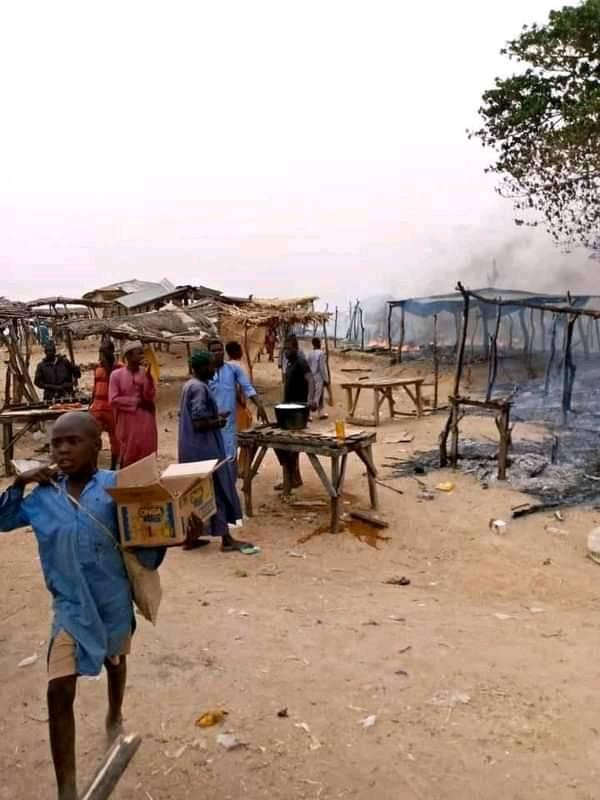 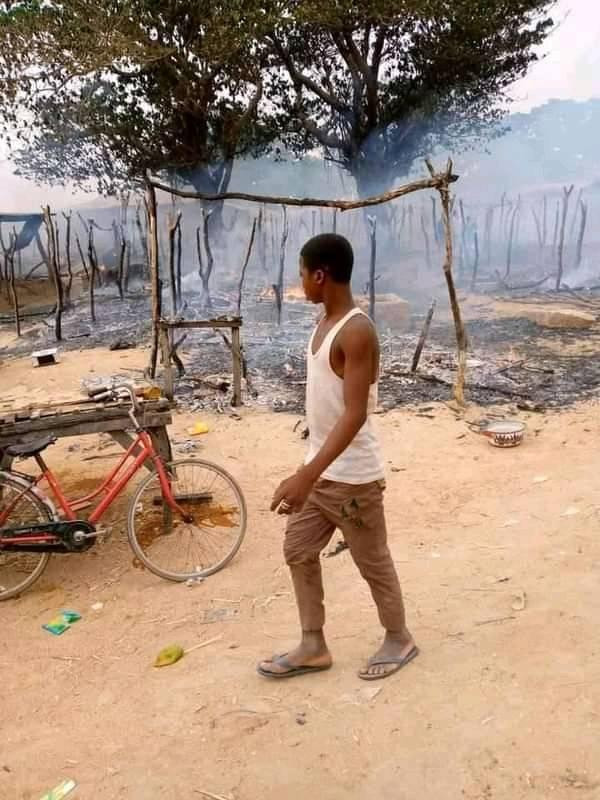