The US Consulate has issued a security alert to Americans living in the country, warning that there is a notable increase in crime in Lagos.

In the notice, it was stated that reports of robberies/smash-and-grabs on the roads by armed men have increased significantly on both Ikoyi and Victoria Island.

Americans were asked to be aware of their surroundings, especially when driving at night. It read;

The U.S. Consulate General in Lagos has recently seen a notable increase in crime in Lagos.  Reports of robberies/smash-and-grabs on the roads by armed men have increased significantly on both Ikoyi and Victoria Island.  Typically, men on a motorcycle will follow a vehicle until it stops at a traffic light or intersection then approach the vehicle, present a weapon, and rob the occupants.  Although most of these incidents happen at night, the U.S. Consulate General in Lagos has received reports of robberies taking place during daylight hours.

Please remember to be aware of your surroundings, especially when driving at night.

The following personal safety tips can help reduce your risk of becoming a victim.

1.     Keep vehicle doors locked and windows rolled up at all times while driving, especially in traffic jams or at traffic lights.

2.      Avoid driving alone at night and do not stop to help strangers on the road.

3.      Ensure that valuables such as cash, laptops, phones, cameras, bags, etc. are kept out of sight.

5.      Survey the area around your vehicle before you approach and be aware of suspicious people.

6.      Try to use main roads and avoid taking side roads at night.

7.      Do not carry original documents such as your passport unless necessary.

10.  The U.S. Consulate General in Lagos recommends that everyone consider the necessity of travel after 22:00.

-Be aware of your surroundings

-Review the Travel Advisory for Nigeria 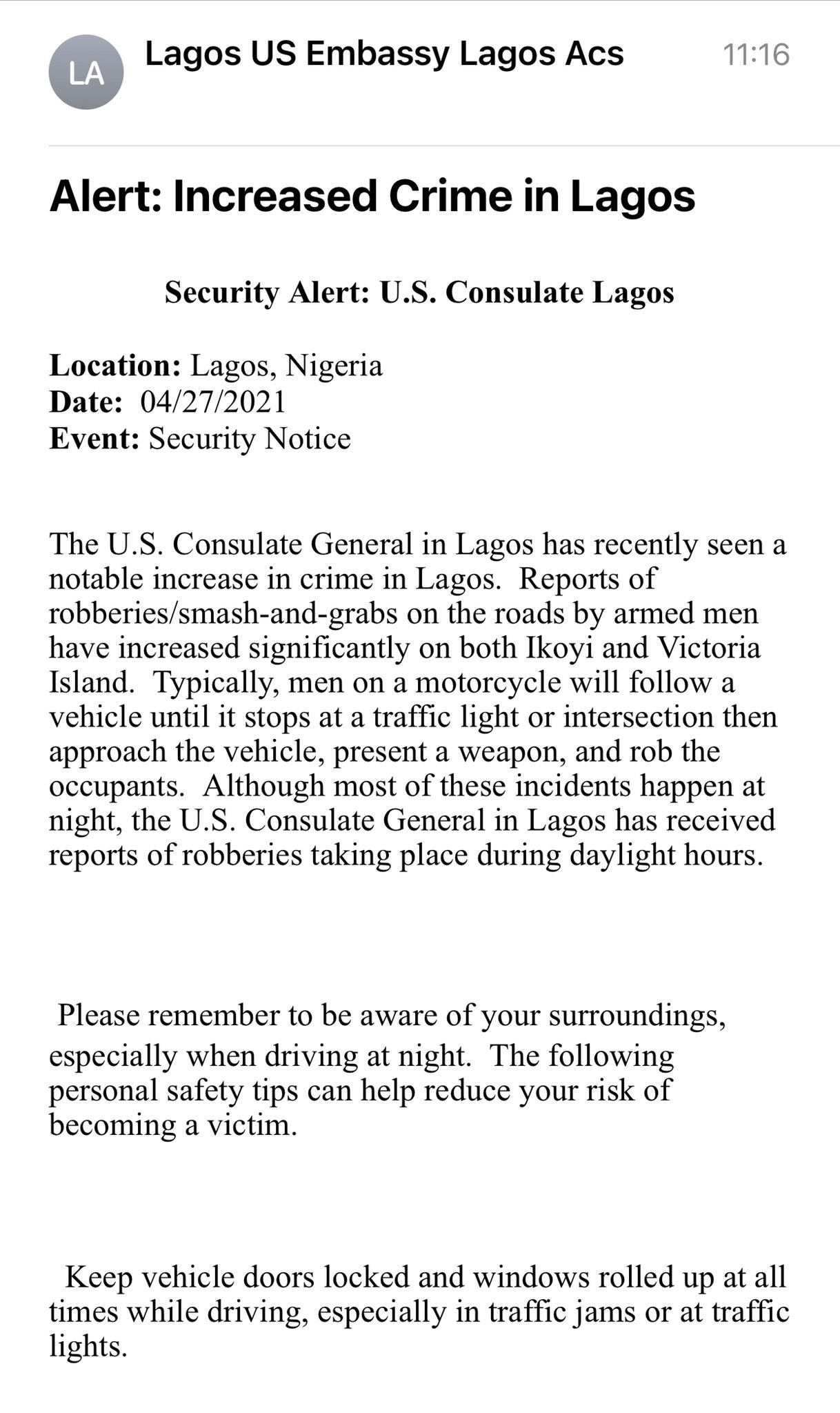