Former Minister of Aviation, Femi Fani-Kayode, took to his Twitter handle to pose some questions to the Imo state governor, Hope Uzodinma, over the gruesome murder of former presidential aide and APC chieftain, Ahmed Gulak.

Gulak was murdered in Owerri, the Imo state capital by some gunmen who the police claim to be members of the proscribed Indigenous People of Biafra IPOB. The police on Sunday, May 30th, said it had killed six of the assailants who murdered the politician. Governor Uzodinma at a news conference on Monday, May 31, described Gulak’s killing as ”politically motivated”.

This morning, FFK is asking some questions surrounding the killing of Gulak. He rubbished police’s claim that the politician was killed by IPOB members. His tweets read

Who were the men in the car with him and who was the driver? How come we have not heard from them? Why did the Gov. not supply Gulak with a car to drop him at the airport? Is it true that they fell out badly over some unresolved issues?” 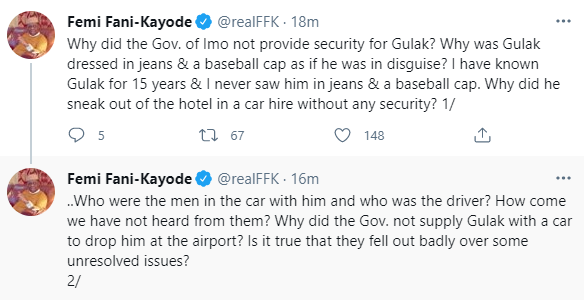 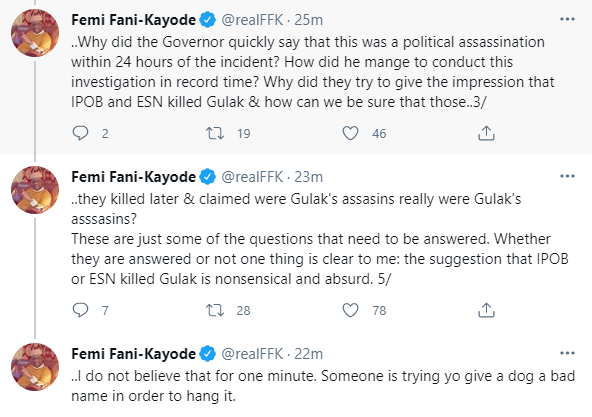