Edo state governor, Godwin Obaseki, and his deputy, Philip Shaibu, have been sworn-in for a second term in office. Their swearing-in ceremony took place at the Samuel Ogbemudia township stadium today November 12th.

Other governors witnessed the inauguration of Edo Governor Godiwn Obaseki and his deputy, Philip Shaibu, Governors of the Peoples Democratic Party including Nyesom Wike of Rivers, Aminu Tambuwal of Sokoto Ifeanyi Okowa of Delta and Duoye Diri of Bayelsa State.

PDP National Chairman, Uche Secondus, was also present at the event with some other party officials while Vice President Yemi Osinbajo, who was represented by a government official. Obaseki was re-elected after polling the highest number of votes in the keenly-contested governorship election conducted on Saturday, September 20th. 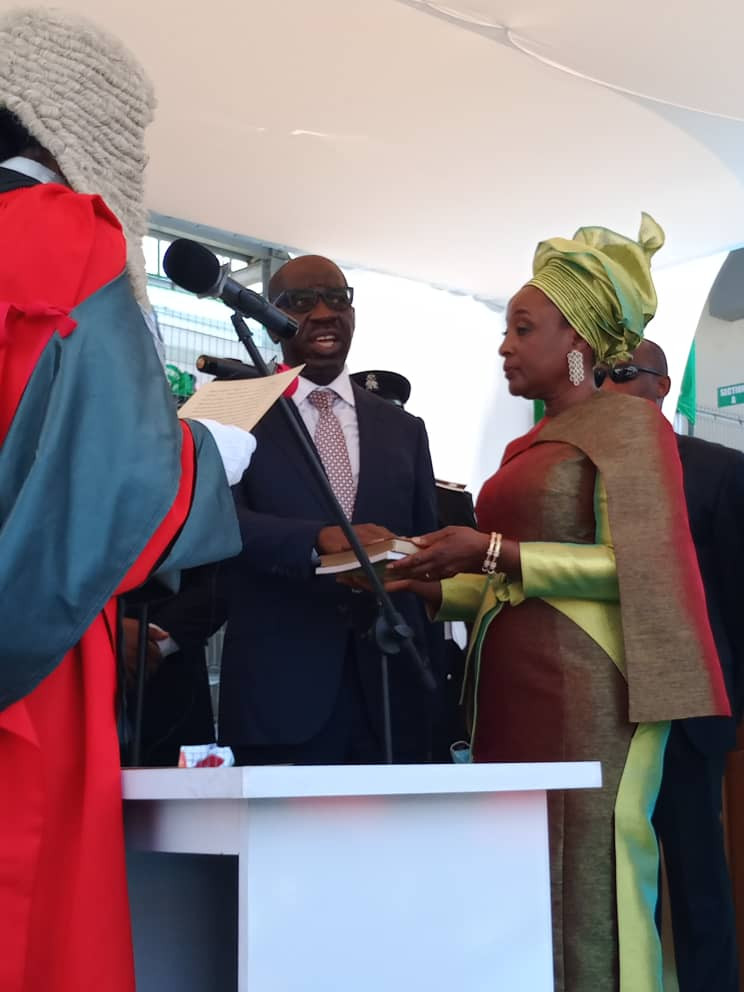 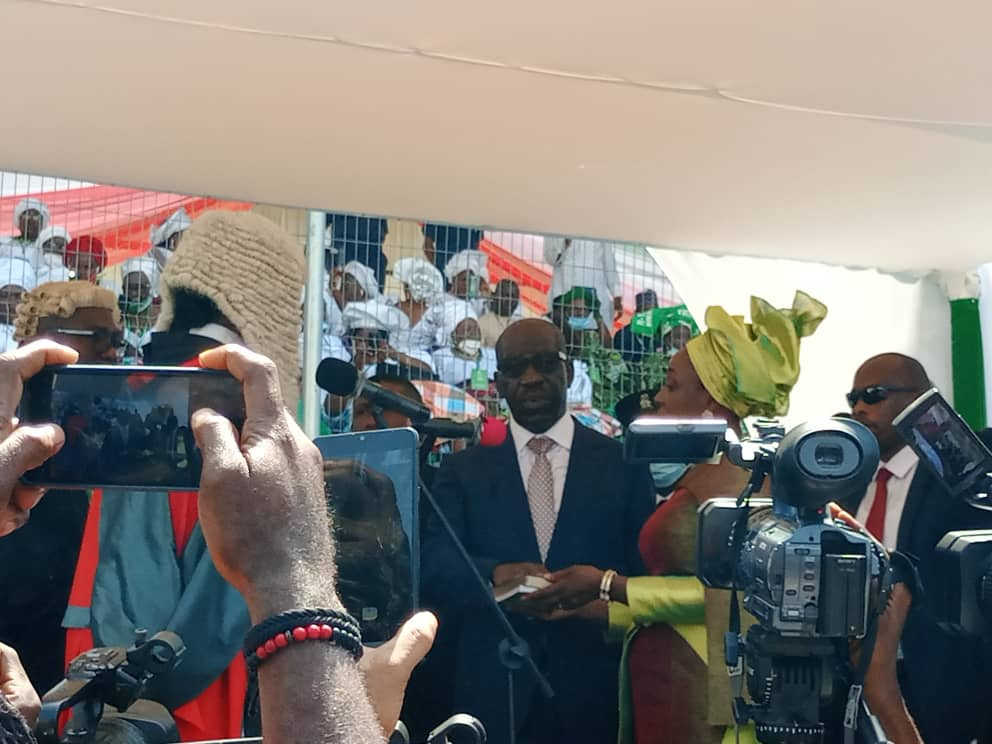 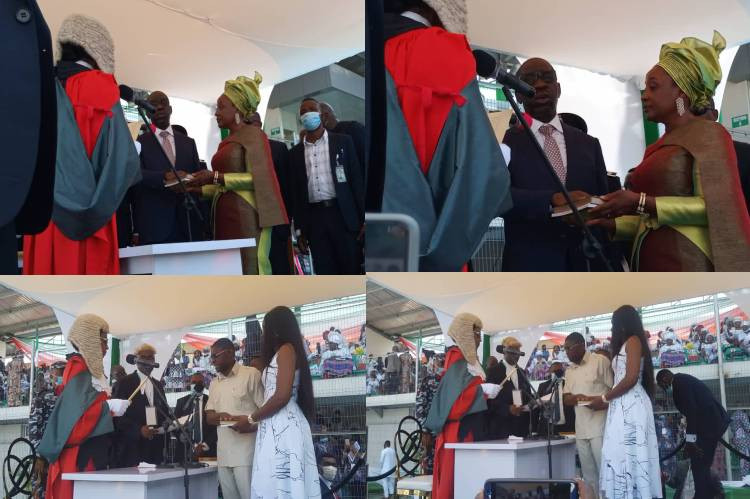