The mastermind behind the kidnapping  of students of Government Science Secondary School, Kankara, Katsina State, Auwal Daudawa, has said he led the operation because the state governor, Bello Masari, dared his men.

Recall that on December 11th, 2020, over 300 schoolboys were abducted from their school, hours after President Buhari arrived the state for a private visit. The students regained their freedom after spending a week in captivity. The Zamfara state governor, Bello Matawalle, had said the boys were rescued through the help of Miyetti Allah Cattle Breeders Association of Nigeria (MACBAN) and that no ransom was paid.

On Monday, February 18th,Daudawa and five of his lieutenants surrendered 20 AK 47 rifles, ammunition and a rocket-propelled grenade (RPG) launcher to the Zamfara state government.

In an exclusive interview with Daily Trust, Daudawa said he wanted to prove to the government that he had the capacity to carry out such an attack. He said Masari had ruled out the option of dialoguing with his group and he wanted to show the governor that they were capable of causing violence.

“I have never done that kind of mass abduction in Zamfara. I did that in Katsina because the governor came out to say he will not dialogue again with our people. So, we said since they said they were not interested in peace deal and they were sending military jets to torment our people, and destroy what we had, we should take the battle to those who are not interested in peace.

I did that to demonstrate that I had the capacity to do it and I was not afraid of anybody other than Allah. It was for the government, and the whole world to know that we could do it but were hitherto not interested in something like that.”

Daudawa also denied claims that he and other members of his group collected ransom for the release of the boys He dared anyone with a contrary claim to come forward with proof.

“After the abduction you could see that I was not difficult to come around during talks because I did not do it because of money. If it were for money, I would not have released them even for N2 trillion. The whole world knows, if I was given money it would be known, if I was not given it is also known. It cannot be hidden.”Daudawa said. 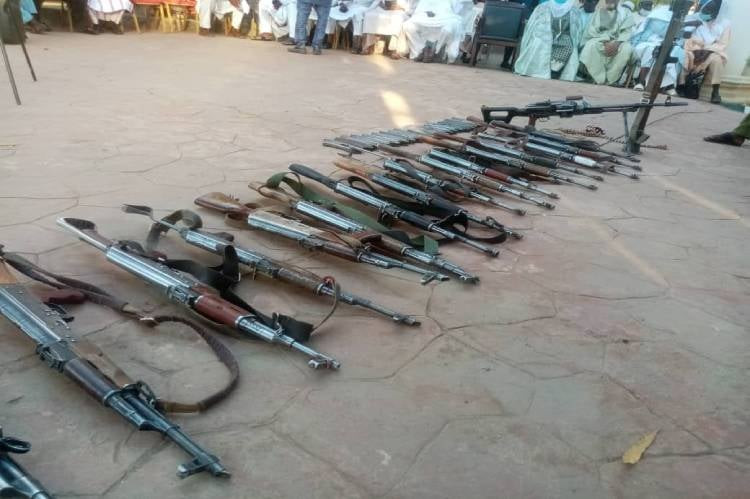