A school teacher has been accused of forcing a 5-year-old black kid to wash a toilet with his bare hands.

The teacher has been identified as Karla Lasiter and it was gathered that the incident occurred on Friday March 5th, at Crystal Hill Elementary, North Little Rock in US state of Arkansas.

Mother of the 5-year-old boy, Ashley Murry said she was horrified when he told her what happened at school. She also disclosed that she has pulled her son out of the classroom and enlisted the help of her mother Tami Murry.

“It’s degrading for a child so I don’t feel like any child should have to go through this.

“They basically made him go in the toilet and get his feces and the dirty tissue out of the toilet.”

Tami Murry on the other hand said;

“You want a child to put their hand in there physically and clean out the commode- no no no no no. He’s not a janitor, he’s not a custodian, he’s not maintenance, no, not at all.

“I don’t ever want this to happen to another child again.”

Ashley also disclosed that the teacher told the principal that she was trying to teach how not to “stop” up the toilet.

“She got on the phone with me and she said she didn’t have an explanation, she just knew she was wrong. But she stated to the principal that she was trying to teach how not to stop up the toilet.

“She needs to be terminated because you don’t treat kids like this. He is a kid.”

While Pulaski County Special School District told KATV they are actively investigating the situation, it was also learnt that the teacher has been placed on administrative leave. 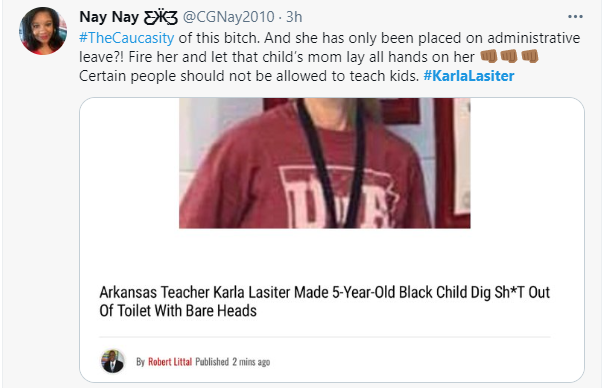 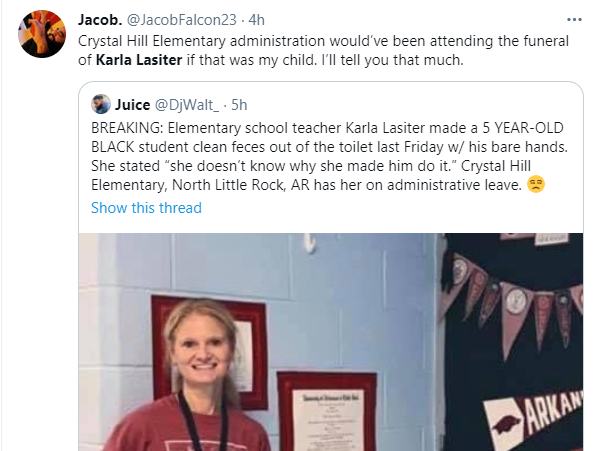 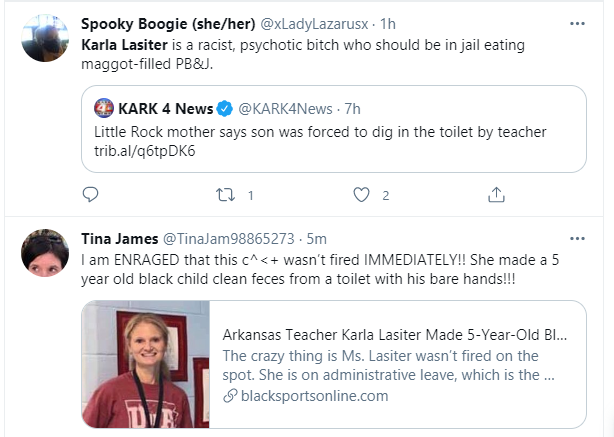 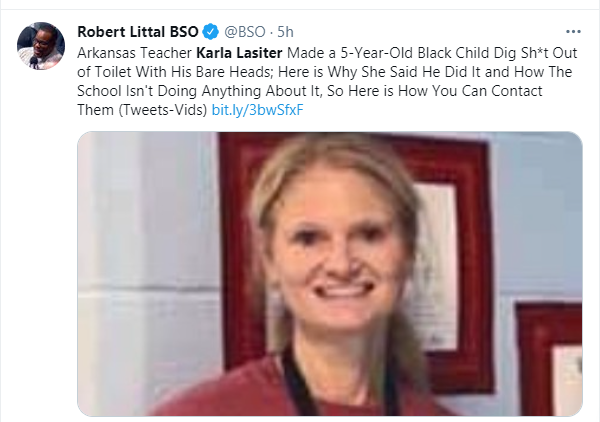 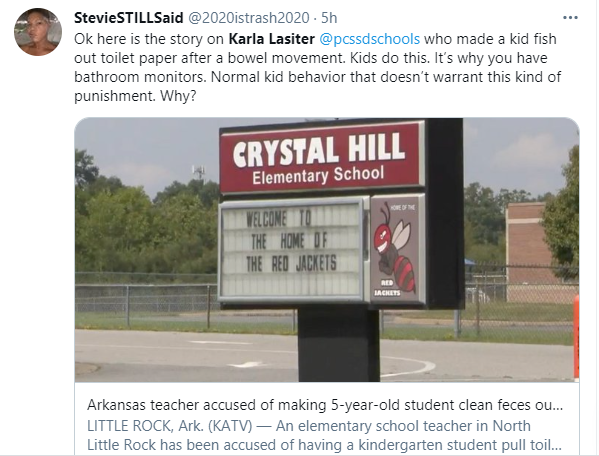