A source has come out to claim that President Vladmir Putin seriously ill and on the verge of leaving the Kremlin permanently.

Valery Solovie, former head of PR at Moscow State Institute of International Relations, claims he has sources “at the epicentre of decision making” and that Putin had to undergo surgery in February for cancer.

Solovie, who is a political analyst, early this month reported that Putin has Parkinson’s Disease.

On Wednesday, November 18, more attention was drawn to Putin’s health as he coughed during a televised meeting with top officials. Solovei said of 68-year-old Putin’s health problems: “One is of psycho-neurological nature, the other is a cancer problem. “If anyone is interested in the exact diagnosis, I’m not a doctor, and I have no ethical right to reveal these problems.

”The second diagnosis is a lot, lot more dangerous than the first named diagnosis as Parkinson’s does not threaten physical state, but just limits public appearances.
“But there is a fatal diagnosis. “Based on this information people will be able to make a conclusion about his life horizon, which wouldn’t even require specialist medical education.”

Valery Solovei also stated that Putin plans to announce his exit from power early in the New Year and might announce his daughter as a possible ‘heir’.

The Kremlin has dismissed all reports of the President’s ill-health as “nonsense”, insisting that Putin is “absolutely normal.” 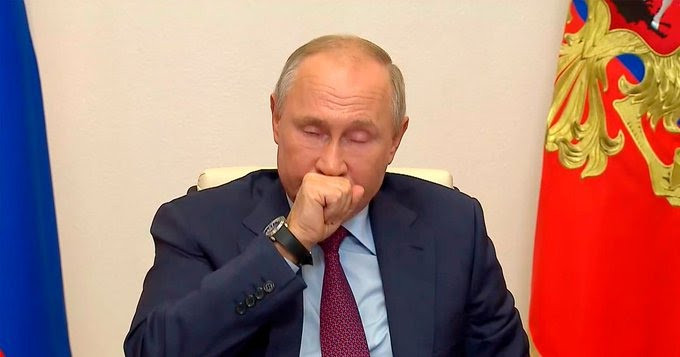