This comes after his net worth increased by more than $15 billion in extended trading following S&P Dow Jones Indices’ announcement that Musk’s electric carmaker company will join 500 index of leading US companies in December.

Tesla, whose stock closed at $408.09, surged about 14% at 6:20 p.m. in New York, lifting Musk’s net worth to $117.5 billion, according to the Bloomberg Billionaires Index. His wealth has jumped $90 billion this year, the biggest gain on the ranking of the world’s 500 richest people.

That places Musk, 49, third on the league table of the world’s richest people in front of Zuckerberg, 36, with $106bn, the Bloomberg Billionaires Index revealed. The index for now shows Musk in fourth place with $102bn but it does not yet include the 12% surge that took place in extended trading after the market closed on Monday.

The only people in the world richer than Musk who is already a Billionaire are Amazon founder Jeff Bezos with a $184bn fortune and Microsoft founder Bill Gates with $129bn. 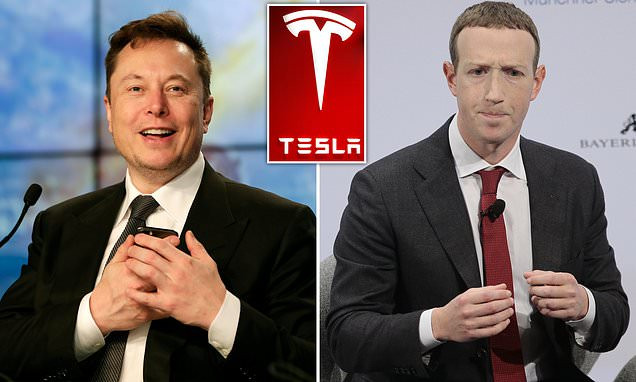